I've titled this article as I have because most articles concerning Baleroy show a picture that has nothing to do with the famed haunted mansion of Mermaid Lane in Chestnut Hill. I have no idea of the origins of that incorrect picture, I just know that it's not Baleroy. Built in 1911, Baleroy has plenty of stories of its own to tell, without the need to hide behind a mislabeled photo.

The real Baleroy looks fairly innocent actually, as you can see in the picture below. For better pictures of the house, the Chestnut Hill Historical Society has quite a few, several of which appear in their online archives.

The mansion's former owner, George Gordon Meade Easby, passed away in 2005, but was firmly convinced that his house was haunted and believed that the hauntings were brought into the house with items from his vast collection of antiques.

The most notorious of the haunted objects in the house is a blue wing chair, which has apparently contributed to the deaths of at least four people within a short time of sitting in it. For that reason, Easby roped off the chair and let folks know about its tendencies. 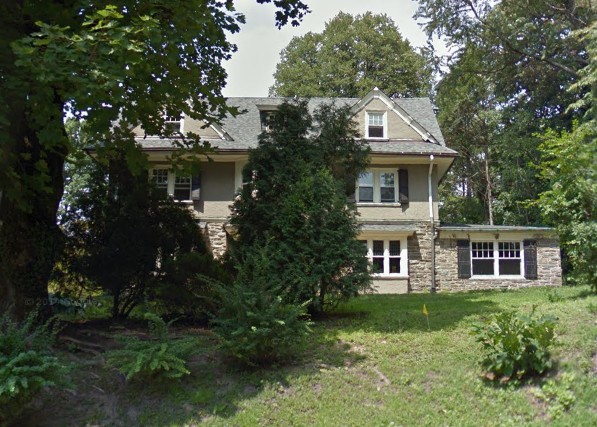