The LeGore Bridge, spanning the Monocacy River is an unexpected sight along the quiet back roads of Frederick County. Its sheer size is rather daunting and over the years it has gained a bit of a reputation as a place to avoid late at night. Though many of the stories are no doubt due to its history as a party hangout, the bridge also has a more sinister history.

The bridge is a very sturdy one and a striking structure, especially if one is driving down the road without  knowing it lies ahead. Built around 1900 (though the dates vary) by local business owner James W. LeGore, the bridge was a major undertaking in its day and is the only 5 arch bridge in the county. It runs more than 200 feet across the Monocacy and is about 50 feet high. The view from the top overlooking the Monocacy is quite stunning. The best views can be had from parking at the eastern end and making your way down to the river bank on the northern side.

Like many construction projects, there were some issues during its construction, such as an attempt to dynamite one of the piers by an unhappy worker, but it wasn't until after the bridge was completed that the trouble began, leaving behind a rumor of an unhappy spirit near the bridge. Where there's smoke, however, there may be fire and this one has its basis in fact, as one of the the builder's own sons took his life by jumping from the bridge:

Tortured by pain due to a serious illness, George Randolph Legore, of Legore, ended his life by jumping, it is believed, from the Legore Bridge, near the LeGore Lime Company plant, either Friday afternoon or early this morning. His body was found about 8:30 o'clock today in the Monocacy River about 700 feet south of the bridge, by a searching party sent out after his absence from home since Friday morning. Mr. LeGore, who was well known in Frederick city and county and had many friends, left a note in his car, the contents of this message stating that he "had only a few more days to live" and that he "Could not stand the pain".

After conversing with his mother and other members of his family, Mr. LeGore left home Friday morning about 10 o'clock and drove to the LeGore bridge over the Monocacy some distance away. He was seen passing through New Midway and was last seen at the bridge where Jack Baugher and John Crum, two young men from Woodsboro, asked him if they might cut bean poles in a nearby plot of ground. They were given permission to do so, and as they left the scene about a half hour later, saw him walking up and down on the bridge. About 3 o'clock, Justice of the Peace Harry C. Dorcus, of Woodsboreo, passed over the bridge and saw Mr. LeGore's Buick coupe there.

After he had been missing all day, Mr. LeGore's family became concerned over his continued absence, and late Friday night his brother, Walter LeGore, of LeGore, and his brother-in-law, Jcaob P. Felser, of Woodsboro, and several other people, began a seach for him. Unable to find him throughout the night, about 6 o'clock this morning they summoned Justice of the Peace Dorcus and with a party of about twelve persons from the lime kiln conducted a more thorough search, the party going in two groups, east and west. The body was found a half hour later in shallow water, near a little dam, by Russell Winebrenner and a Mr. Wilhide, both employees of the LeGore Lime Company. Deputy Sheriff E. L. Stitely, Woodsboro, was summoned and with Mr. Dorcus, conducted an investigation. They later gave a verdict of suicide by drowning and deemed a coroner's inquest unnecessary.

When examined by Dr. G. A Stultz, Woodsboro, the body showed no signs of foul play and judging from the fact that the left arm was broken between the wrist and elbow and the left leg broken between the ankle and knee, it was thought certain that the deceased had jumped from the bridge into the water about 40 feet below. His body was then carried on by the stream and lodged in an old dam. It was taken to the funeral establishment of Albaugh and Powell, to be prepared for burial. In the automobile at the bridge where it was seen Friday afternoon, was found the note, unaddressed and unsigned, but stating that the writer was seriously ill, the "pain had driven him mad", and that he had "only a few more days to live" and "could not bring himself to tell the family."

Born in 1885 The deceased was born November 14, 1885 and was the son of Mr. and Mrs. James W. LeGore, of LeGore. He studied at Washington and Lee University and for twenty-five years had been connected with the LeGore Lime Company, of which he had long been the secretary, but for the past two years was chairman of the board of directors. He had represented the company on the eastern shore of Maryland a great deal of the time and was well known in various parts of the state. Mr. LeGore possessed a quiet and pleasing personality and was a member of many Masonic, fraternal and social organizations. He spent much time in summer at the Edgewood Club, Braddock Heights and enjoyed golfing at the Catoctin County Club, of which he was a member. Other organizations to which he belonged were: the Frederick Cotillion Club; Frederick Lodge of Perfection, Scottish Rite Masons; Boumi Temple, Order of the Mystic Shrine; Jacques de Molay Commandery, No 4, Knights Templar; the Thurmont Masonic Lodge; Francis Scott Key Post, American Legion, Frederick Lodge, B.P.O.E, and the Lutheran Church, Woodsboro. He is survived by his parents, Mr. and Mrs. LeGore, and the following brothers and sisters: Mrs. J. P. Felser and Water C. LeGore, Woodsboro; Harry Legore, LeGore; James A. LeGore, Birmingham, Ala; Bruce LeGore, Washington; Mrs. Harold K. Dell, Baltimore, and Miss Louise LeGore, LeGore. Funeral Saturday afternoon at 4 o'clock from his late home, with services conducted by Rev. J. Frank Fife, pastor of the Woodsboro Lutheran church. The Masonic lodge at Thurmont will also participate in the service. 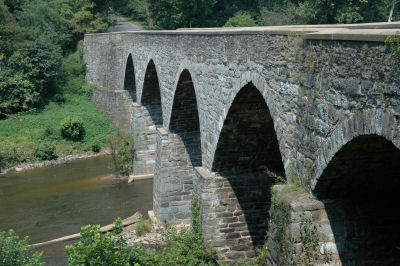