If you've even seen Dan Campanelli's print Day Lilies, you've seen this house. Originally built in 1758, with major changes in 1825, the property once served as the wintering ground for horses during the Revolutionary War. It remained in the Hunt family until 1976 when it was purchased by Dan and Pauline Campanelli, both well-known painters. As struggling artists at the time, they did all the renovation work on the property themselves. and, in the process, probably disturbed the resident spirit of the house, a woman in a dark hood who passes by the kitchen window. The Campanellis believed that the woman was Mary Insley Hunt, wife of George Hunt, who had been responsible for enlarging the home in 1825. 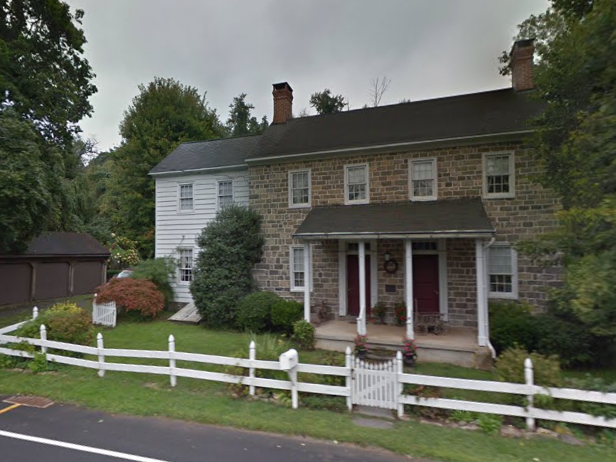