This Point Pleasant establishment has existed, under various names, since 1870, and for at least the last few decades, has also been home to at least one ghost. Over the years, the establishment supposedly has been a hotel, a brothel, and a temporary funeral parlor after a disasterous ship wreck in 1846. The vessel involved, the John Minturn, floundered off the coast and dozens of lives were lost.

In 2001, the owner was Jack Vitale and he had heard enough stories of ghosts in his bar that he called in a team of parnormal investigators to check out his building. They told him that that were three ghosts present - an older man known as Captain John, an 18-year-old girl named Elsie who was fearful of men and an 8-year-old little boy who liked karaoke.  During Mr. Vitale's tenure as owner, items often fell off shelves, a piano played by itself, and crumbs were often found on tables in the mornings, despite being cleaned thoroughly the night before.

The bar was investigated again in 2006 after more spooky happenings occurred. A barstool flew through the air and smashe dthrough a window, items disappeared off the electroninc ordering system, and a stubborn set of blinds in the attic would always be open each morning after being carefully closed each night. One former employee claims to have seen the figure of 'Captain John' and he seemed totally real. The investigators found that the area of the attic said to be inhabited by Captain John was noticably colder than any other area of the building.

At some point around this time, a psychic named Sylvia Brown checked out the premises and said that while the Captain John story was romantic, the ghost's real name was Louis Carter. Mr. Carter apparently lived in the area at the time of the Minturn wreck. 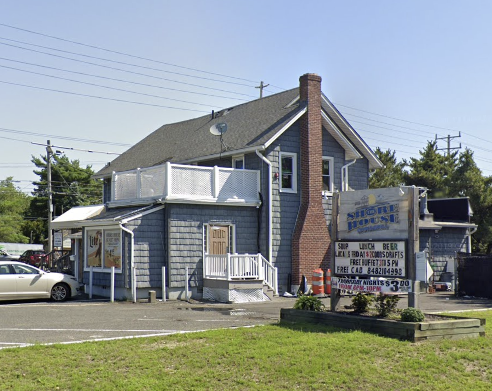