The oldest tavern in Annapolis is haunted - what  a shock, eh? During a paranormal investigation done on the premises in 2004, at least five entities were encountered, including the usual suspect, Mary Reynolds, widow of William, from whom she inherited the property when he died in 1777. There have been numerous misplaced items in the tavern, the sounds of singing coming from an empty room, and glasses that explode without human contact. My mother was a Reynolds so this story interests me from a genealogy standpoint as well as the paranormal aspect.

So what do we actually know about the inhabitants of the old tavern? Precious little, but I'm hoping to change that. By his marriage to Deborah Harper, he had five known sons: John: 1740, Thomas: 1741, Robert: 1743, Joseph: 1744, and William: 1746. The two eldest sons, John and Thomas died by drowning on July 12, 1747. William remarried, this time to Mary Howell, by whom he had Margaret (about 1760). Margaret married Alexander Trueman, who lost his scalp in the Indian Wars in 1792. No doubt there is plenty more to find out but this will have to do for starters. 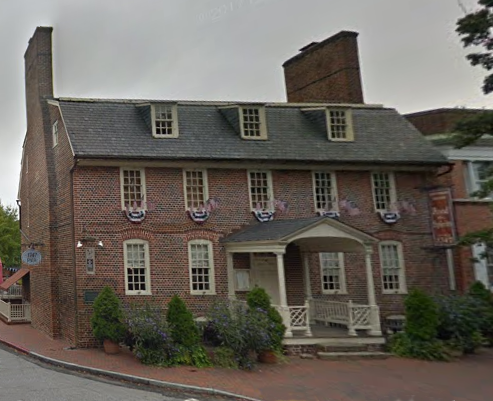