The Newlin Grist Mill complex along the Baltimore Pike near Concordville has quite a history, some of which is a bit bizarre. The original mill was built in 1704 by Nathaniel Newlin and is the only working 18th century grist mill left in the state. After three centuries, the fascinating complex which includes numerous other buildings besides the mill, is once again under the control of the Newlin family. But it is the Miller's house that interests us most at this point.

Built in 1739 by the Newlins to accomodate the miller, the house was supposedly haunted by a young woman who dressed in somber clothes and wore her hair pulled back in a tight bun. During the 1960's the house was rented to a couple who experienced many interactions with this spirit and finally reached out for help from a local paranormal group.

As the story goes, in the middle part of the 1800's, the young woman, named Sarah, has been an orphan living in a local workhouse when she was hired by the widowed miller to take care of his house and his two sons. He was not a kind person and her life with him was not easy. After some time, she married the miller and gave birth to a son. Years later, as her two step-sons went off to serve in the Civil War, her own son, though slightly underage at age fifteen, begged her to allow him to go as well, and eventually she agreed. Sadly, the youngster was killed shortly afterward and the young mother began to lose her senses, unable to understand that her son was never coming home again. In desperation, she threw herself into the mill stream, drowning instantly in the swiftly moving water.

The challenge remaining to modern researchers is to discover more about Sarah and her family. From 1817 until near the latter part of the century, the mill complex was owned by the Trimble family, as the mill itself was purchased by William Trimble, Jr. from the Newlin family, according to the Mill complex's website. The Trimbles were already occupying the main house on the property and owned another mill nearby, so it can probably be assumed that they employed a miller to take care of the Newlin mill. The 1870 census shows Samuel Hill as the owner of the grist mill, and it appears that he had been a neighbor to Isaac Trimble, the owner of the property in the 1860 census. Unfortunately, none of this actually tells us if Sarah really was there and who her husband may have been. 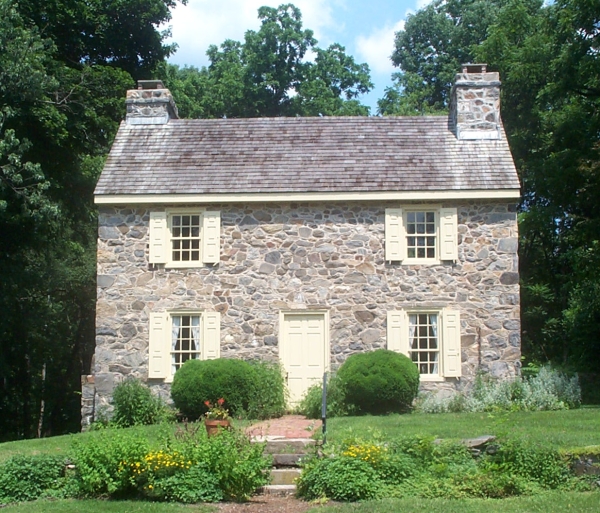