The house on Lincoln Road in Exeter township known as the Lizzie Lincoln house used to be the scene of a haunted house tour, but is now owned by a local gardening company. Any stories of its being haunted are likely to be the result of the promotional efforts of the old house tour, rather than an actual manifestation, but the house definitely could win awards for general creepiness.

At one point, the house was owned by a guy named Bob and he had some issues while he lived there. People would see a ghostly lady in the kitchen looking through the cupboards, and there were some occasions when the electricity in the house seemed to have a mind of its own.

As the story goes, there was a lady named Lizzie who was murdered in the house, but that was part of the ghost tour promotion and is the stuff of urban legend rather than fact. There was apparently a woman who died in the house unexpectedly years ago, but she wasn't murdered.

One way or the other, the house certainly does not appear very inviting as you drive by and it is definitely not the sort of place where I would want to visit after sundown. 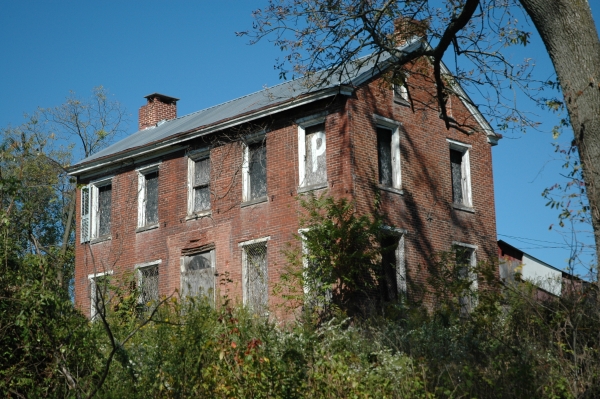