The General Wayne Inn has a fascinating history, having been the longest continually operating historic inn for many years, and for a very long time, it has also been declared to be haunted.

The land on which the Inn sits at 625 Montgomery Road in Lower Merion township, was originally purchased from William by Edward Rees and later sold by Rees to Robert Jones, a Quaker. Jones opened an inn on the premises that was first known as the Wayside Inn. The ownership passed next to Anthony Tunis in 1746 and was known as the Tunis Ordinary. In 1776, ownership passed to Abraham Streeper. The Inn became known as Streeper's Tavern and an addition was added on to the rear of the building. It also served as the Post Office for the area and Benjamin Franklin served as postmaster there for a time during the Colonial period. In 1795, it was renamed at last to the General Wayne Inn, to celebrate the General's triumph at Fallen Timbers.

Control of the property passed briefly into Hessian hands during the Revolution. Legend has it that unbeknownst to the Hessians, a secret tunnel had been built by the revolutionaries that led from the inn's cellar to an unobtrusive part of the neighboring field. Although accounts differ, one version holds that when a young Hessian soldier was sent to the cellar to procure wine for the victory celebration, he was ambushed and killed by revolutionaries hiding there. They promptly buried his body in the tunnel so that it would not give them away. Locals residing in what is now Lower Merion township believe that the ghost of the Hessian soldier still haunts the inn.

The Inn has had its fair share of famous visitors in its early history, including George Washington, Ben Franklin, the Marquis de Lafayette and Edgar Allan Poe.

In 1978, Barton Johnson, then owner of the Inn was contacted by a professional medium who wished to conduct a seance in the Inn as she had heard that there was a great deal of "energy" there. During the course of the evening in question, a total of 17 different personalities spoke up, led by Wilhelm, the Hessian soldier mentioned above.

Over the years, there have been many stories of unusual incidents in the Inn, but in 1996, it became the scene of a real-life murder! In 1996, the co-owners, Mr. James E. Webb and Guy Sileo, who were also best friends, were struggling financially. On the day after Christmas, 1996, Guy Sileo supposedly shot to death Webb in one of the third floor offices. Sileo was convicted of the murder and sentenced to life in prison. Sileo claimed that it was his own hurt mistress, 20 year old Felicia, a chef at the General Wayne Inn, who shot Webb in revenge because Sileo refused to leave his wife for her. Webb had strongly disapproved of the affair between Felicia and Sileo. Felicia later killed herself.

The General Wayne Inn was purchased by Frank Cacciuti in October of 2001. Cacciuti had found great success in running the prosperous Seven Stars Inn, located in Phoenixville, PA. As of July 21, 2002, Cacciuti closed the General Wayne Inn because he wasn't making enough money. Business hadn't recovered from the effects of the murder, and the local economy wasn't supporting it. The present owner of the Inn is Rabbi Shraga Sherman, who has plans to turn it onto a synagogue and upscale kosher restaurant. 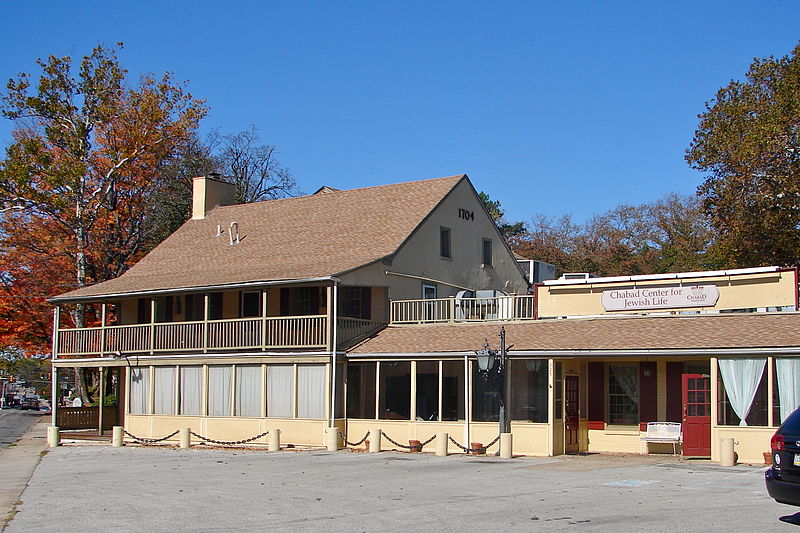