One of the more intriguing stories about Chester County's local inns is that of the Stottsville Inn on Strasburg Road. As the legend goes, the Inn is haunted by the ghost of Josephine Stott Chandler Emery, after supposedly being murdered by her husband, Horace G. Emery when he found her in bed with someone else. As the story continues, Horace then intended to do himself in and left a suicide note which read as follows:

"I love, love, love you. You are the dream of my life. Come with me to the shoe store and I will make love to you. Love, Horace." "P.S., I can't live without you so I will commit suicide in the barn. I will bite a cow's leg and he will kick me in the head and kill me. For without you, life is nothing."

The Inn has a framed reproduction of the suicide note hanging in the main hallway.

There's a couple of things that just don't make sense about Horace's note if we assume that it was written after Josephine died., though perhaps we can attribute that to extreme distress on Horace's part. Whether that distress was from finding his wife in bed with another man, though, may be in question.

Josephine was the daughter of Maris Taylor Chandler and Elizabeth Stott and was born about 1855, based on the 1870 census, so the death record appears to be in order. Josephine and Horace were married in December of 1890, so the couple barely had time to get to know each other before she was gone.

If, in fact, Horace's suicide note was related to Josephine, the fact remains that he was still alive in 1900 and living with his mother, Martha Emery, in the Coatesville area.

A few years ago, the Inn's website included some information about the story, but it no longer does, so perhaps they've decided that the story just doesn't quite hold up. When I was last there, in the fall of 2008, the framed suicide note was still on the wall, but perhaps that is gone now as well. Ah, well.

Update: Apparently, sometime recently, the Inn has closed down. 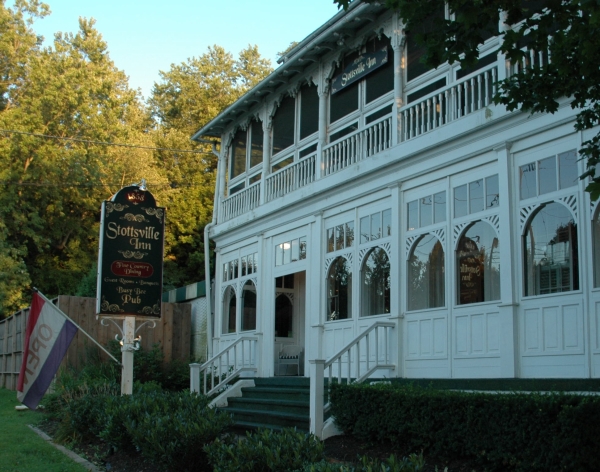