Built in 1807, and now one of the properties maintained by the Carroll County Historical Society, this house on Main street in Westminster has long had a reputation for being haunted. The original owner of the property was Jacob Sherman, who gave it to his daughter Eve and her husband David Shriver a few years later. The Shrivers only lived there for a few years before moving to western Maryland. While they were living there, a number of incidents occurred which may have bearing on the house's potential as a haunt.

In 1810, a young lady who was living in the house, Polly Day, was sick with the "bilious collick" and was not expected to survive. About 1811, while David was away from home, Eve fell ill and fell against the hot stove, her face right up against the plate of the stove until she came to a while later. She was permanently scarred. In 1812, David Shriver sold the house to his father-in-law, Jacob Sherman, and the Shrivers moved to Cumberland. Apparently, this did not sit well with Jacob, and the rift between the families never healed, and Jacob excluded his daughter and her husband in his will when he died in  1822, though he did leave the bulk of his estate to David's children. David and Eve contestedthe will to no avail.

Visitors to the building have reported seeing a young girl, about 8 or 9 years old, when there are no youngsters among the visitors. 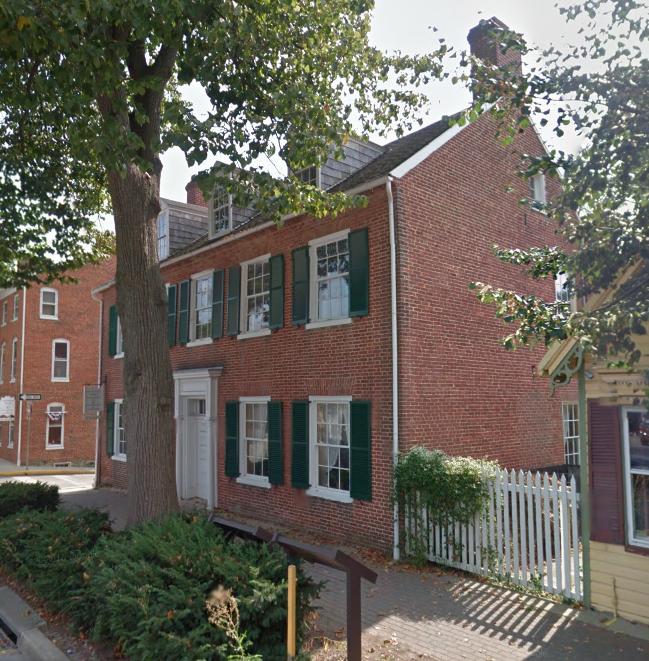