The Inn at Maple Grove started its long and interesting history about 1783 when John Keiffer built it to support the families working at the local mills he established in the area. The Inn makes no bones about its resident spirits as its website proudly shows "Dinner and Spirits" as part of the Inn's logo. Among its more famous visitors over the years was Thomas Alva Edison who made the Inn his headquarters for a time while he was conducting some of his experiments in the area. But folks don't come to the Inn to learn more about Edison, they come to see is they can catch a glimpse of its two residents spirits.

As the story goes, a young maiden in the area became involved with a Native American lad and when she turned up pregnant, the locals became quite upset, and, despite his protestations of innocence, hanged the supposed father of the baby, burying his body in the area where the main fireplace stands now. His ghost, which the innkeepers of recent years have dubbed 'Charlie' becomes most active when a fire is lit in the grate. His lady love is credited with being the cause of footsteps often hear overhead. Neither appears to be particularly mean, but their noises have been noted by many visitors to the restaurant.. 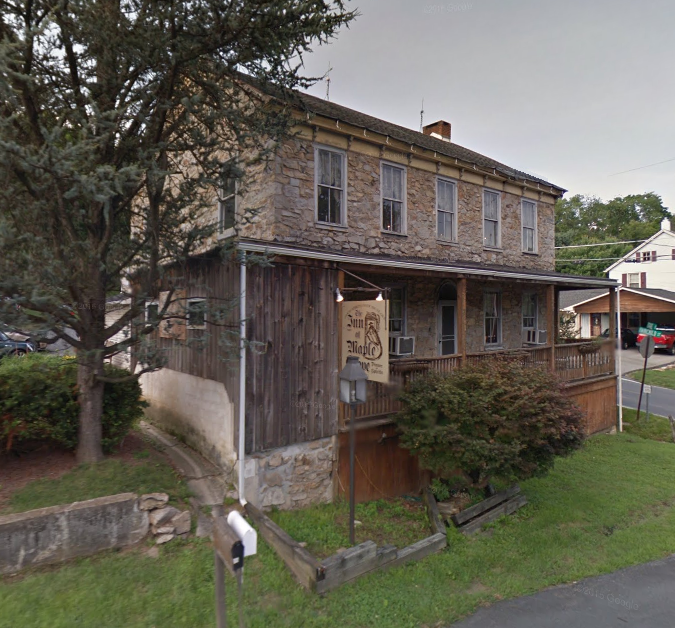