Though the old restaurant along Route 10 outside of Reading has gone by many names over the years, in its most recent incarnation, it has been named for the ghostly young girl who has been said to haunt it for years.

In the early 60's, the place was called Martha's Vineyard, named for its owner of the time, Martha Binder. In 1977, Charles Orlando took over the place and renamed it the Post Office Inn, highlighting its previous use in the 1800's as a post office. Its' current owners, Steven and Nancy Mooney are the ones who finally decided to name it after Emily, the capricious ghost who has said to haunt the place for years. No one is really sure if that's actually her name, but her giggles have been heard in the establishment for as long as anyone can remember.

As my maternal grandparents lived in the area, the old restaurant was a familiar landmark to us growing up and I can remember it as both the Post Office and as Martha's Vineyard. Though my brother and I stopped in once for lunch years ago, I don't recall hearing or seeing anything unusual at the time, but I do remember hearing the locals mention Emily from time to time. 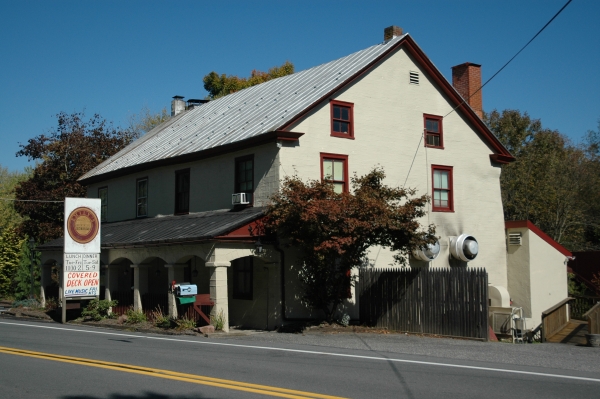